A wise man is strong; yea, a man of knowledge increaseth strength. For by wise counsel thou shalt make thy war: and in multitude of counselors there is safety.

The wise are mightier than the strong, and those with knowledge grow stronger and stronger. So don’t go to war without wise guidance; victory depends on having many advisers. (NLT) 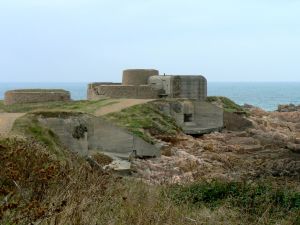 I was born twelve years after the cessation of hostilities in Europe when World War 2 finally came to an end. My parents lived through things I have never experienced. Evacuation, bombing raids, nights spent in bomb shelters clutching gas masks, watching dog fights in the skies above, and food rationing all became part of their daily lives as they grew up. In contrast I grew up with the evidence of war around me, living as I did in the one part of the British Isles to suffer German occupation during the war (the Channel Islands). The coastal bunkers and forts with their gun emplacements were part of our playground as children, but we had no real understanding of the horrors of the war, or the suffering of the islanders during the Occupation. 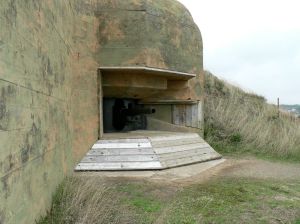 Modern communications and media leave no excuse for this generation not to understand the effects of war on a population. Despite such widespread knowledge there seems to be no end to conflict, with soldiers and civilians continuing to suffer injury, torture and death in various parts of the world. Solomon gave sound advice when he said, “don’t go to war without wise guidance” (Proverbs 24:6 NLT). Sadly, it seems that Solomon’s advice is often ignored by presidents and prime ministers, perhaps because ulterior motives are the driving force.

On a personal level it is also good to challenge motives, and consider the effects of actions we might be considering. But where can we find wise guidance? And is it good to have many advisors, or might we receive conflicting advice, making a decision even harder. The answer, as ever, is in scripture. When the Israelites entered the Promised Land they were successful in the battles they fought when they sought guidance from God. On the occasions that they dived in without asking God they suffered defeat (Joshua 7 & 8). King David who was one of the greatest military tacticians also sought guidance from God. He probably had numerous human military advisors, but he rarely took action without coming first on his knees to ask God (1 Samuel 30:8). It is not a sign of weakness to ask for advice. In fact it is foolish not to. It is even more foolish to rely on human advice alone.

David: Half Scot, grew up in Guernsey and the UK. Lives in one of the most rural counties of the UK not far from the Welsh border. Former Merchant Navy officer and hydrographic surveyor. Self-employed risk management consultant from 1992 travelling globally to carry out risk and security audits, plus some loss adjusting. Now retired. Father of Nick who encouraged David to start blogging. Married to Marilyn for 40+ years. Four other children in addition to Nick. Ten grandchildren. END_OF_DOCUMENT_TOKEN_TO_BE_REPLACED
This entry was posted on Friday, November 18th, 2016 at 11:19 am and tagged with Ai, German Occupation, Guernsey, Joshua, Personal Advsiors, Solomon and posted in advice, Wisdom. You can follow any responses to this entry through the RSS 2.0 feed.
« Built, Established, and Filled
As He Thinks, So He Is »