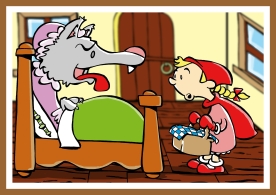 There have a few times connected with my job as a school nurse in which I’ve had the pleasure to don a costume in skits for the lower elementary.  Several years in a row I was the Big Bad Wolf for the Great American Smokeout (smoking prevention), and once a friend of mine was the Grape Ape while I hid behind a homemade stage as the puppeteer, (for what I don’t exactly remember…)

And you thought school nurses just sat around putting on bandaids!!

One thing I noticed about being “incognito” is the emotional freedom to act out of character.  Regardless of how hot or uncomfortable the suits were, I had so much fun, which probably makes it more enjoyable for the kids.

There is a down side to being somewhat hidden, however, almost a feeling of invincibility.  Clearly, this has been consistently played out in society with the explosion of social media over the past few decades.  Write and post what you want, regardless of past restraints of compassion (much less common civility), you are “hidden” within cyberspace from the human consequences of your actions.

Not so, says the writer of Proverbs.  Once again, there are several places in this chapter that are largely repetitive (in case we miss it the first time):

Mockers can get a whole town agitated,
but the wise will calm anger.

Fools vent their anger,
but the wise quietly hold it back.

There is more hope for a fool
than for someone who speaks without thinking.

An angry person starts fights;
a hot-tempered person commits all kinds of sin.

Elsewhere, we are actually warned to avoid such people.  In some cases, we can’t—the person sitting with us in the assigned workspace, the next-door neighbor, someone in the same household.  We may be able to limit our exposure to their vitriol, but usually their venom will still need to be dealt with in some fashion.

In other situations, we certainly have more control.  Social media is a hotbed for cyber-bullying, which I hasten to add is not contained to adolescence.  Thankfully, there’s this wonderful control, “Unfollow”.  I have used it.  The television also has this marvelous button on the remote marked “OFF”.

be exposed.  It is also my responsibility how to respond, if indeed a response is warranted, when I encounter a Biblically-defined “fool”.

I just need to remember that I’m talking to a Grape Ape.

Tends toward TMI, so here's the short list: guitar and banjo (both of which have been much neglected as of late), bicycling (ibid), dogs, very black tea, and contemplating and commenting on deep philosophical thoughts about which I have had no academic or professional training. Oh, also reading, writing, but I shy away from arithmetic. END_OF_DOCUMENT_TOKEN_TO_BE_REPLACED
This entry was posted on Thursday, October 18th, 2018 at 9:04 am and tagged with anger management, Bible, exposure, fools, mind and spirit, personal responsibility, Sin, social media, Solomon, Speech, unfollow and posted in conversation/speech, Uncategorized. You can follow any responses to this entry through the RSS 2.0 feed.
« REPENT!
Has Grace Got You? »