If you were paying money for this blog, you would probably be asking for a refund. Fortunately for me, this blog is free (except for the cost of extra memory and the domain name I pay for every year, which is about $30).

Why should you be asking for a refund? Well, we’ve been having some difficulties getting posts up each day, which defeats the point of having a daily devotional/blog. 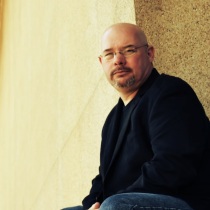 The other guys that write for Proverbial Thought are not obligated to do so. They don’t get paid and they are not under any contract. They write because they enjoy it and want to be a part. Ultimately, the responsibility lies with me to write each daily thought, even if no one else does. Therefore, I apologize for letting several days go by without a “thought.”

It IS important that each proverb be addressed. Since it is our desire to have all of this published, all the proverbs need to be included at some point. So, even though they may be a little late, they will be written. Don’t worry.

But here is the great consolation: God is in control!

Believe me, I have seen it time and time again – God can take our mistakes and work miracles. The proverbial thought that may have been late will be right on time for somebody who needs it when it is published. I really believe that. As a matter of fact, some of the proverbs on which I have commented, if I had written them earlier, would have had far less of an impact. The Lord knew what I was going to be going through, so He held off my writing till the experience from which I could draw perspective had come.

If you come back tomorrow, you will read a post from me dealing with Proverbs 18:22. It should be interesting. As a matter of fact, here is the verse…

“Whoso findeth a wife findeth a good thing, and obtaineth favour of the LORD.” – Proverbs 18:22

God has definitely favored me in that area, so tomorrow’s post should be a good one.

P.S. Your prayers for all of us would be sincerely appreciated.