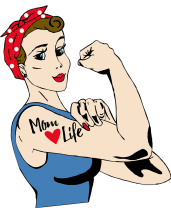 FINALLY, we come to what some may consider the capstone (or the low point, depending on your political orientation I suppose) of Proverbs—the “Proverbs 31 woman”.

“The words of Lemuel king of Massa, which his mother taught him…”

I remember a brief conversation with my mother, probably back in the late 60’s; I was around 9 or 10.  She said to me, “Dawn, you can be ANYTHING you want to be, and you don’t even have to be just one thing—you can do more than that!”  I could grow up to be an engineer (like my dad) or a doctor, start my own business, wow. I was never really aware of any gender barriers, not in my family’s culture.  My orientation from youth was “the sky’s the limit!”  So what did I choose as my profession?

The word “feminism” carries different connotations for different individuals.  For example, there are some that get genuinely frustrated with the masculine references to God as “Father”, which I consider merely a cultural personification.  This confusion is actually nothing more than Satan’s devilish device to cloud the true issue of God’s love and ever-expanding justice.

I say “ever-expanding” because it seems that justice is one of the over-arching themes throughout the Bible, and I reference the story below as an example of how God is waiting for us to “co-labor” with Him (again, I have no problem with that pronoun) to define His love and justice to a very confused (and confusing) world.

Backstory: Moses and the people of Israel are standing on the threshold of the Promised Land.  Land ownership was an important concept, so the dividing of the land was hugely significant.  At this time in this culture, only men could “own” land, which was passed down to sons.  But this one guy (who had now died while wandering around in the wilderness during that infamous forty-year hike) was survived only by his five daughters.

Now, these ladies could have easily thrown up their hands in bitterness and just resigned themselves to their cultural fate.  OR….

“One day a petition was presented by the daughters…These women stood before Moses, Eleazar the priest, the tribal leaders, and the entire community at the entrance of the Tabernacle… ‘Why should the name of our father disappear from his clan just because he had no sons? Give us property along with the rest of our relatives.’ So Moses brought their case before the LORD.  And the LORD replied to Moses, ‘The claim of the daughters of Zelophehad is legitimate. You must give them a grant of land along with their father’s relatives. Assign them the property that would have been given to their father.’”

Whoa!  Talk about bold!  Talk about initiative!  These women not only acquired justice for themselves, but reading the next several verses, also for many who were to follow.  New regulations were set up because of their action.

Another interesting point is their motivation.  They didn’t want their dad’s name to be disrespected by being left out of the land grant.  It wasn’t about them, it was about the honor of their father’s name.

God calls us to “come boldly to the throne of grace…”  It is there first and foremost that we find the true definition of justice, and God’s heart in forwarding that very thing, not merely for ourselves, but for those who are to follow, and most importantly, for the honor of our Creator’s character.  In fact, the Cross is the eternal symbol of, not only God’s love, but His justice.  And it’s paid in full.