Am I offending people?

There is wisdom and there is stupidity. God is kind enough to alert me to both.

Putting others down and being a rude bully is intended to draw attention to me. If I am so insecure that the only way I think I can look good is to put others down, that is the height of stupidity.

I don’t like to think I act that way. I need to be careful. It is too easy to fall into the trap, particularly in our new world of technology and social media.

The Apostle Paul advises “Make a clean break with all cutting, backbiting, profane talk. Be gentle with one another, sensitive. Forgive one another as quickly and thoroughly as God in the Messiah forgave you.” (Ephesians 4:31)

If you’re dumb enough to call attention to yourself
by offending people and making rude gestures,
Don’t be surprised if someone bloodies your nose.
Churned milk turns into butter;
riled emotions turn into fist fights. 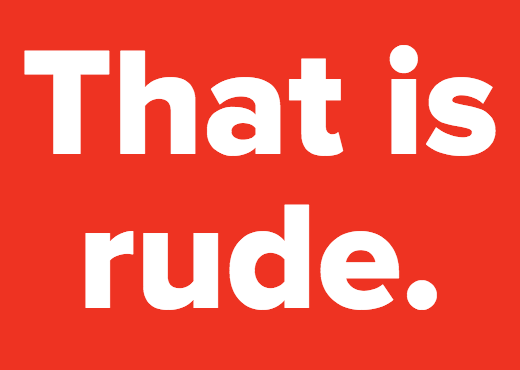 Seest thou a man that is hasty in his words? there is more hope of a fool than of him.

There is more hope for a fool than for someone who speaks without thinking. (NLT)

The problem with words issued in haste is that they cannot be withdrawn. In this day and age the warning in this proverb should also apply to email. I speak from experience. Several years ago I hit the send button on an email I thought I was forwarding, without checking the email properly, or considering what I had written. I was frustrated with a certain Swedish individual by the name of Lennart who had just informed that he would be unable to translate a couple of documents for at least two weeks. These documents were vital to a report I was required to submit in less than two weeks. In my frustration, I forwarded the email to my boss with the comment; ‘Lazy Lenny says he can’t translate our statements!”

To my surprise, I received a reply almost immediately. Incredibly it was not from my boss but from Lazy Lenny. I couldn’t understand how he had accessed my email, but I felt my face starting to glow and radiate extreme amounts of heat as I read the words; “I am not Lazy Lenny sitting on the beach all day drinking beer!” Various excuses as to why he could not translate the documents sooner were also included. When I looked through the email more carefully I realized my error. I had hit the reply button instead of forward.

My email did spur Lazy Lenny into action and I had my translations later that day, but the point is that I wrote words that were rude in haste. I learned a massive lesson that day: The wisdom of Scripture is as important in our modern electronic age as it was thousands of years ago.

But most of all, my brothers and sisters, never take an oath, by heaven or earth or anything else. Just say a simple yes or no, so that you will not sin and be condemned. (James 5:12 NLT)