“Discipline your children, and they will give you happiness and peace of mind.” (NLT).

There is an unfortunate parenting model that has emerged in recent days that has proved to be detrimental to the well-being of children. The philosophy says that a parent should become best friends with their child. Included in this idea is the belief that the parent should give their son or daughter the freedom to explore the world around them without any kind of boundaries, rules or restrictions. If you’ll forgive my lack of political correctness here, these are some of the stupidest things I’ve ever heard!

I know of a couple who decided that they wanted to be their kids’ buddies instead of their parents. They literally let their children get away with anything. No rules. No boundaries. No consequences. I watched them with great concern when their children were younger, and at one point, I said to my wife Liza, “If they don’t start disciplining their children, then when they become teenagers, their daughter is going to get pregnant, and both of them are going to end up ruining their lives with drugs and alcohol. Fast-forward several years: Both of these children ended up become sexually promiscuous, the teenage daughter got pregnant multiple times, their son got his girlfriend pregnant, and both of them had issues with drugs and alcohol. And the sad thing is that this story gets repeated over and over again in the lives of many parents and children.

Because we love our children, we knew we had to parent them, and parenting them included rules and boundaries, discipline and negative consequences for their actions. Today, we have four children ages 11-17, and we are so thankful to the Lord that they are Christ-like, obedient children who are kind, loving and respectful. We don’t worry what our children are going to do when we’re not around because we trust that we have trained them up in the way that they should go, and we know that they won’t depart from it. Does this mean that our children are perfect? Of course not. But they are good, and their mom and I have happiness and peace of mind.

I want to issue this challenge to all of the parents reading this today: Your children don’t need a buddy. They have lots of friends. But they do need a parent. Someone to give them boundaries and guidelines to help them learn to live right. Train them in the way that they should go, and God’s Word promises that when they grow old, they will not depart from it. Amen! 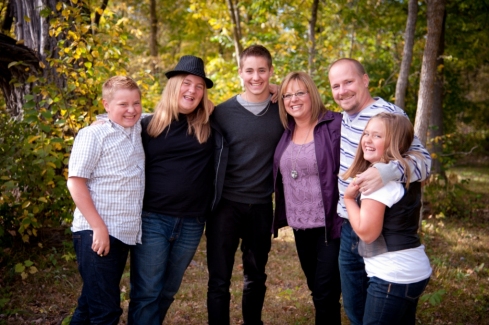 This entry was posted on Monday, October 9th, 2017 at 3:38 pm and tagged with Bible, Book of Proverbs, children, Family, God, parenting, proverbs, Religion and Spirituality, Wisdom and posted in Parenting. You can follow any responses to this entry through the RSS 2.0 feed.
« Rough Justice
Fast Talk »