Your sty, or mine? 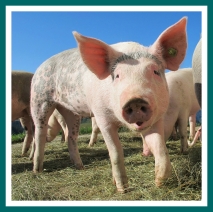 My grandfather used to raise hogs.  I remember as a kid how grandma would have the runts up at the house trying to feed them in the off-change they might decide to live.  And to this little girl, they were sooOOO000ooo adorable!  I was such an animal lover, and I would naturally end up naming them, like Sylvester Pigsley.

Then one of them would succumb and grandma would just as naturally heave it over the fence.  (Can’t remember if it was Sylvester or not, but it was quite the education for a young suburbanite…)

I have also since learned that pigs are not overly discriminating with their dietary preferences; neither is keeping their personal space clean a high priority, thus our comments to the teenager’s room looking like “a pig-sty”.

Okay, I’m still a suburbanite, but to this day I think a pig’s reputation gets a bit of a bum rap.  I’m told they are actually one of the more intelligent barnyard animals, rolling around in mud and eating slop notwithstanding.  All that intelligence is just hidden under gross and grunts.

Interestingly, the opposite is true with Solomon’s comparison.:

A beautiful woman who lacks discretion
is like a gold ring in a pig’s snout.

In this example, we have all the beautiful trappings on the outside hiding what’s really within.  Now, here’s a guy with more than a little experience—something like 700 wives and 300 pseudo-wives.  I’m sure he had his share of less-than-discreet, (not to mention the hormonal drama…gag!)  Plus, consider that being in such a position of social and political power put him at higher risk when it came to the consequences of indiscretion.

Because it wasn’t merely about what she wore (or didn’t wear), but also about how she saw herself in relation to those around her.  A woman of true discretion knows that she has a “hidden congregation”, areas of influence, some of which she is aware, and some not.  By inference, this means people are watching and listening,…and learning.

It also means that her decisions, her responses, her words, are a reflection on those who are dear to her, to their reputations as well.  How does what I say and do honor my husband and children, my parents, other Christians, and more importantly, my Lord? 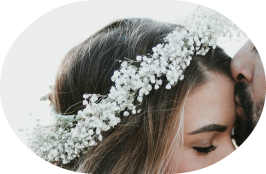 Once again, as usual, it’s not just about me.  I may not be a king’s wife, but I am a King’s daughter.  (And with or without the gold ring of beauty, I have a crown.)